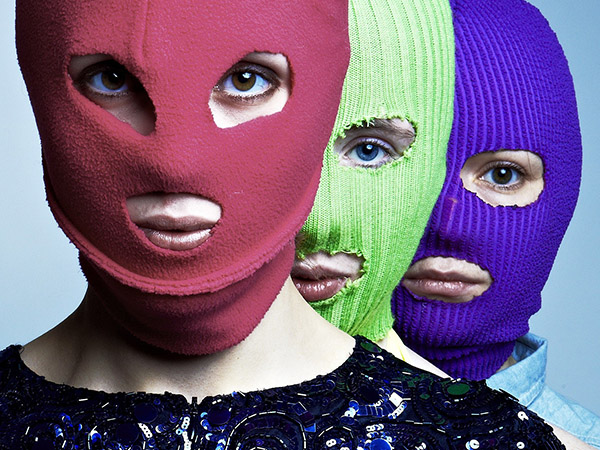 Who knew the Russian Orthodox Church could be such an asshole?

Following the arrest of three members of the feminist punk group Pussy Riot, one of the church’s patriarchs referred to them as “Deranged Vaginas.”

I’ve followed the story of Pussy Riot since the arrest following their “Punk Prayer” inside a Moscow cathedral in March of 2012. Three were arrested – Nadia, Masha, and Katia.

Nadia and Masha remain imprisoned to complete their two-year sentence in a penal colony (!), having recently lost their chance at parole. Katia has since been released.

I just watched the HBO documentary, Pussy Riot: A Punk Prayer. There’s a lot of interesting verbiage in it. In addition to the “deranged vaginas” comment, members of the church’s Carriers of the Cross – who look like a washed-up shitty classic rock cover band – called Nadia “a demon with a brain.”

“There have always been witches who wouldn’t repent,” says one carrier.

My favorite was an old woman who said Pussy Riot “took a shit in the heart of Russia.”

Then there was the Russian talk show host who asked if the performance by the young ladies “was an act of war.”

Pussy Riot, I’m a fan. I’m a fan of Nadia, who believes women should be allowed to run services and stand at the altar. Another great moment in the documentary is when Nadia’s (really cool) husband greets her in the court room for the first appeal process. “You look good,” he tells her. “I always look good,” she replies.

I’m a fan of Nadia’s father, who supports her and helped write some of the band’s lyrics. “He’s the best,” Nadia says of her father. “I am who I am because of him.”

I’m a fan of Masha, and how she frustrated the judge with her “I don’t understand the charges” barrage. “Unjust” was her favorite word as a child, her mother says.

I’m not a fan of the prosecution witnesses, who during testimony believe that having church goers “needing to be calmed down” following the Pussy Riot staging as merit for a two-year prison sentence. I’m not a fan of those calling Masha’s mother and telling her they’ll rip the limbs of Masha’s child if she’s not imprisoned.

I agree with one of Riot’s lawyers, who said such destabilization of the public’s mood “only increases the protest movement.”

There’s only one good riot. And that’s Pussy Riot. 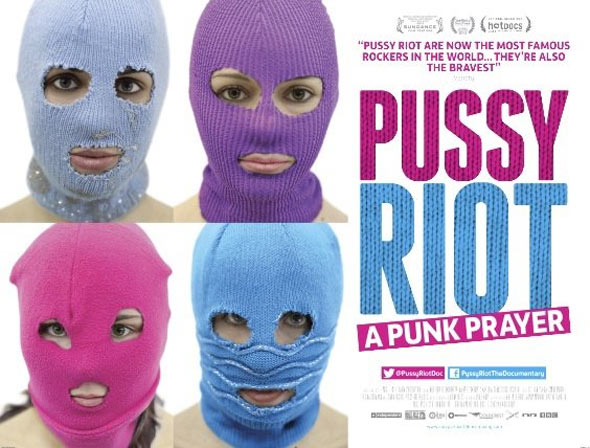