Who should host Saturday Night Live

Mick Jagger is hosting the season finale of Saturday Night Live. Doesn’t exactly make me want to buy a round for the bar.

A few weeks ago Collider.com posted the news that Will Ferrell would be returning to host the episode prior to Mick’s.

At the time the finale host was unknown, and the poster posed a question. Who could top Ferrell?

Not only is it convenient because his “The Dictator” is coming out this month but he would incredibly awesome and perhaps even a little risque for SNL – but that’s what they need. No thank you, Channing Tatum.

I would love to see Sacha bring his Dictator character to a sketch, maybe even the opening monologue. And how cool would it be to re-visit his other characters like Ali G and Borat?

He’s my number 1. choice to host that damn show, one of these days.

Here are some of my other choices to host. I’m almost certain they never have. Let’s give Alec Baldwin a break next time and give one of these guys/gals a chance.

Denzel Washington – this would be a huge bucket of win.

Louis C.K. – maybe he can write the appearance in one of the episodes of his tv show.

Tom Cruise – proved he could do comedy and it would just be a little weird.

Christian Bale – just want to see him lighten up a bit. Ohhhhh, good for you!

Howard Stern – I think they’re afraid of him there. Howard’s old show used to kick SNL’s ass in the ratings, I believe.

Michael K. Williams – Omar from The Wire. Enough said. We’ve seen him do funny on Community. Hell, he was funny on The Wire.

Sarah Silverman – she used to be a bit player on the show. She’d bring ass, and kick it. 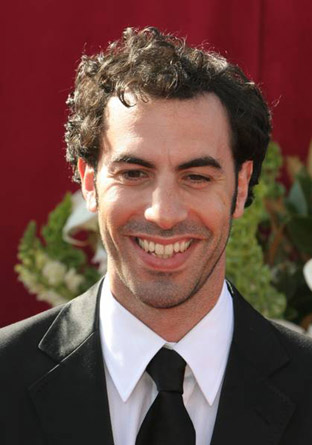 Host SNL, and do it now