Germans Come Out To Play

The first time I went to Maifest in Lincoln Square, or Chicago’s “German Town”  was several years ago with my then girlfriend Kellie – who was German-American and sorta looked like the character Elisa in Indiana Jones and The Last Crusade. She was kind of evil like her, too. But I dug her and she wore cute skirts so we dated a bit so there. We went back to her apartment afterwards, after many a stein, and Kellie…just became Kellie. She started yelling at someone outside her window. She wanted me to shave her legs although I thought they didn’t need it at the time. Then she told me about a book she got me for Christmas but decided for me not to have it. The next time I went to Maifest, about two years later, was with Chicago recluse author Clive Javanski. It was really hot and he wore a bowler’s hat but believe me, he made it work. Clive ended up meeting a French girl there and actually went to Marseille with her where he wrote three chapters of a book. Today I returned to Maifest, solo, to watch the Germans come out to play. I had the standard $12 stein of German beer (with a $10 refill – and you get to keep the feckin’ plastic stein). Here is some documentation from Octoberfest in May. 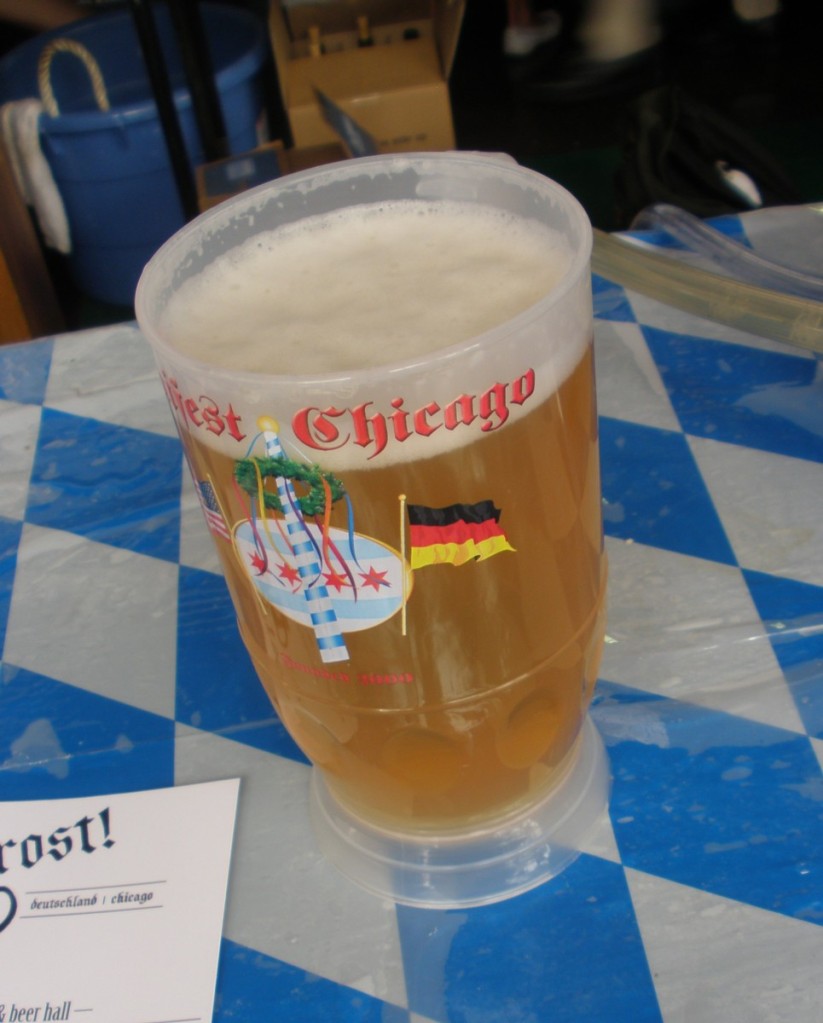 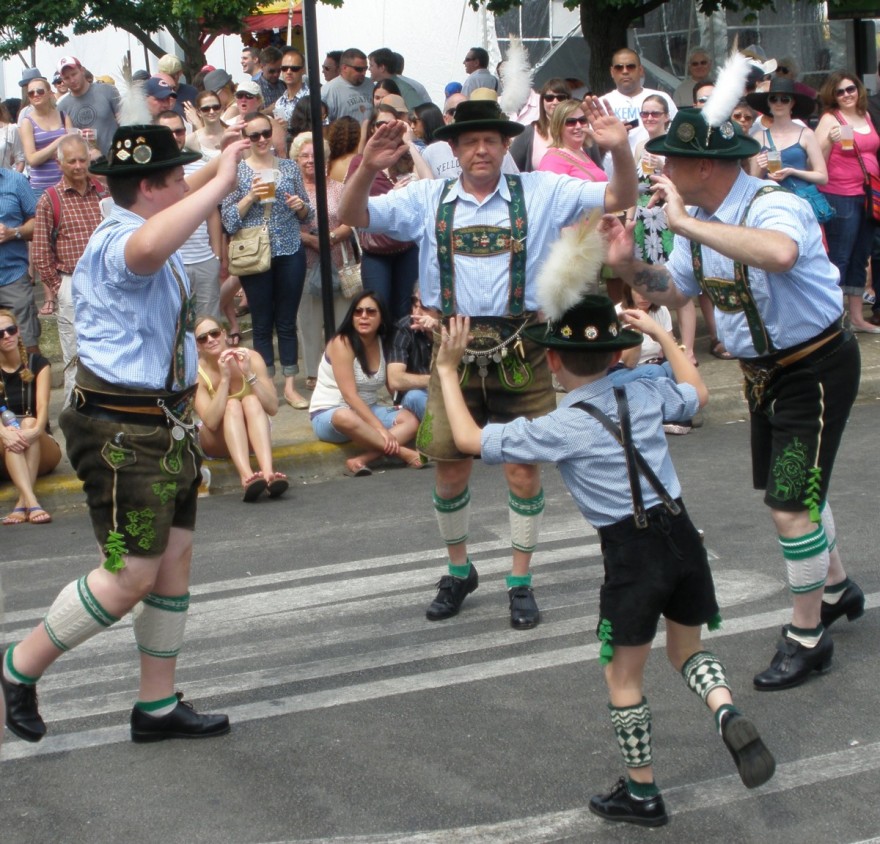 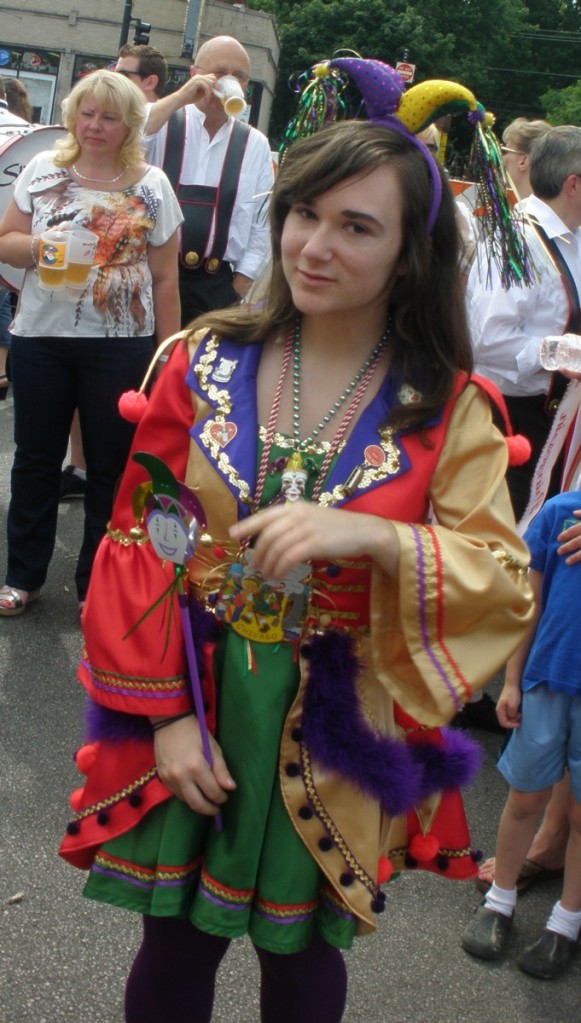 German court jester or something 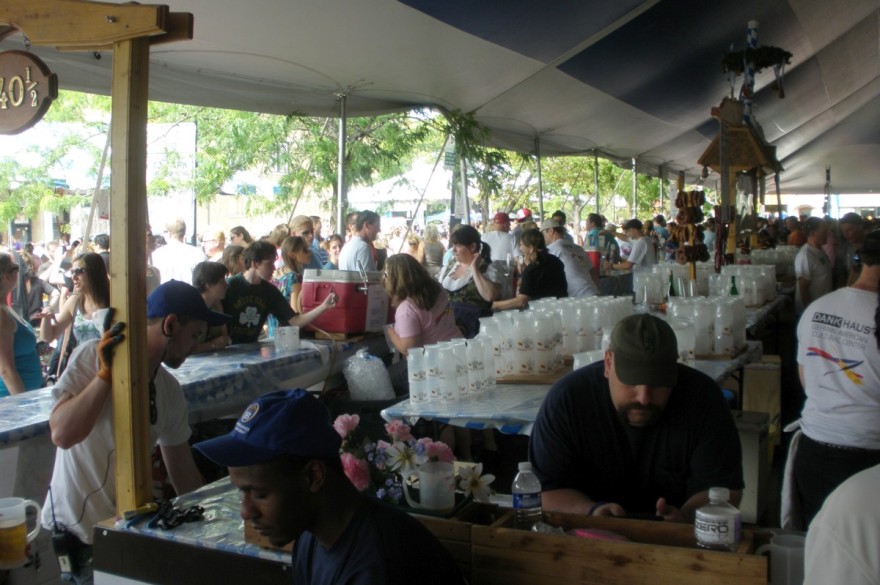 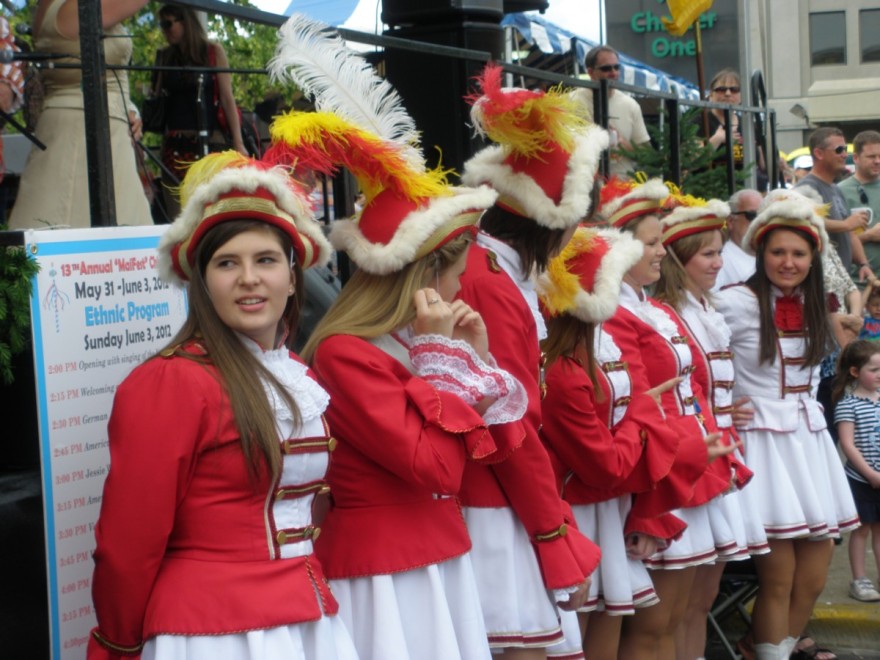 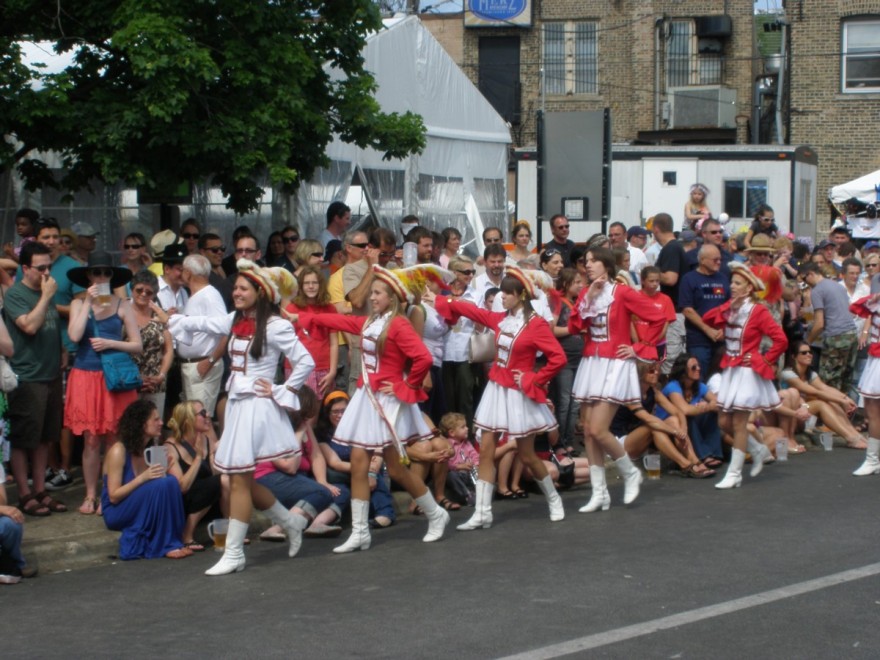 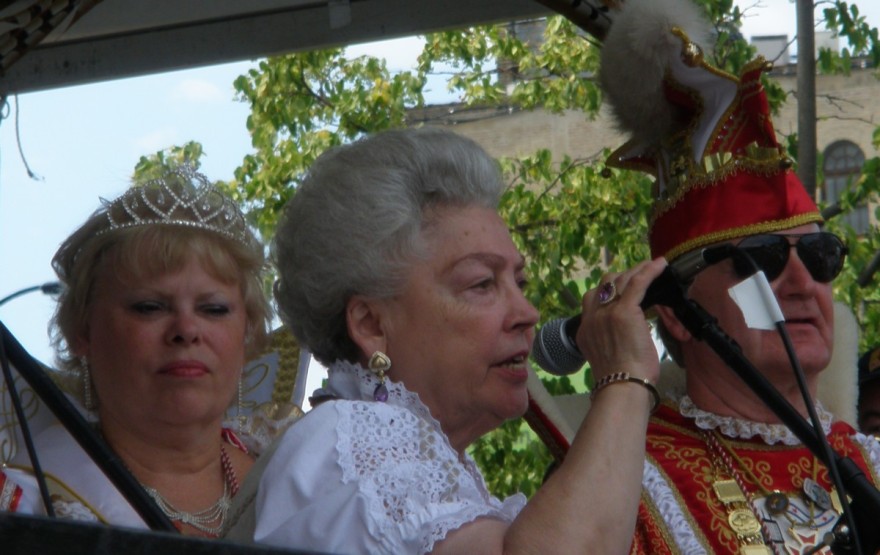 A little German royalty or something 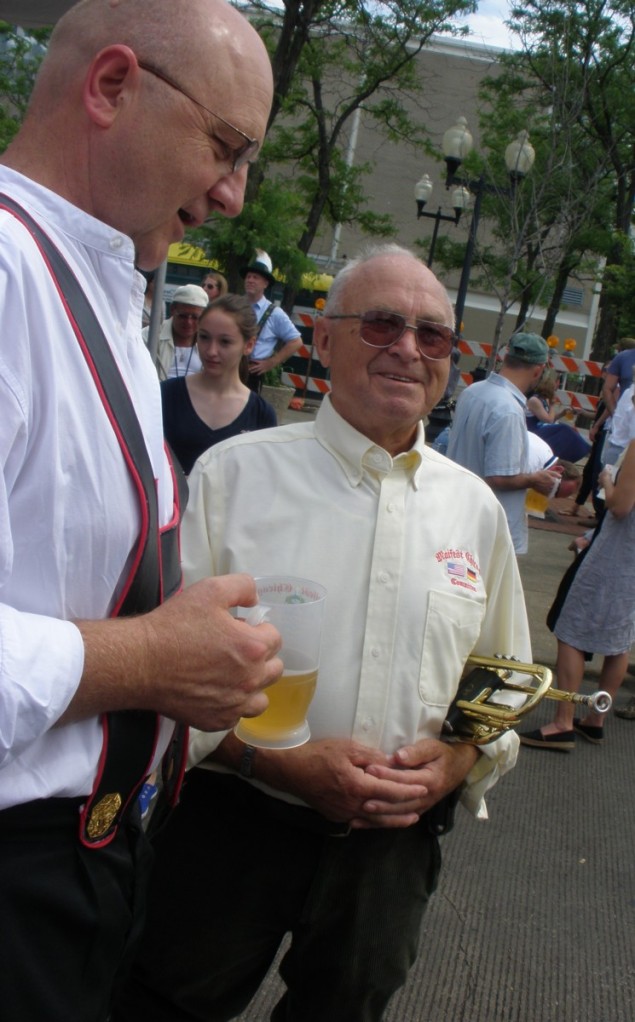 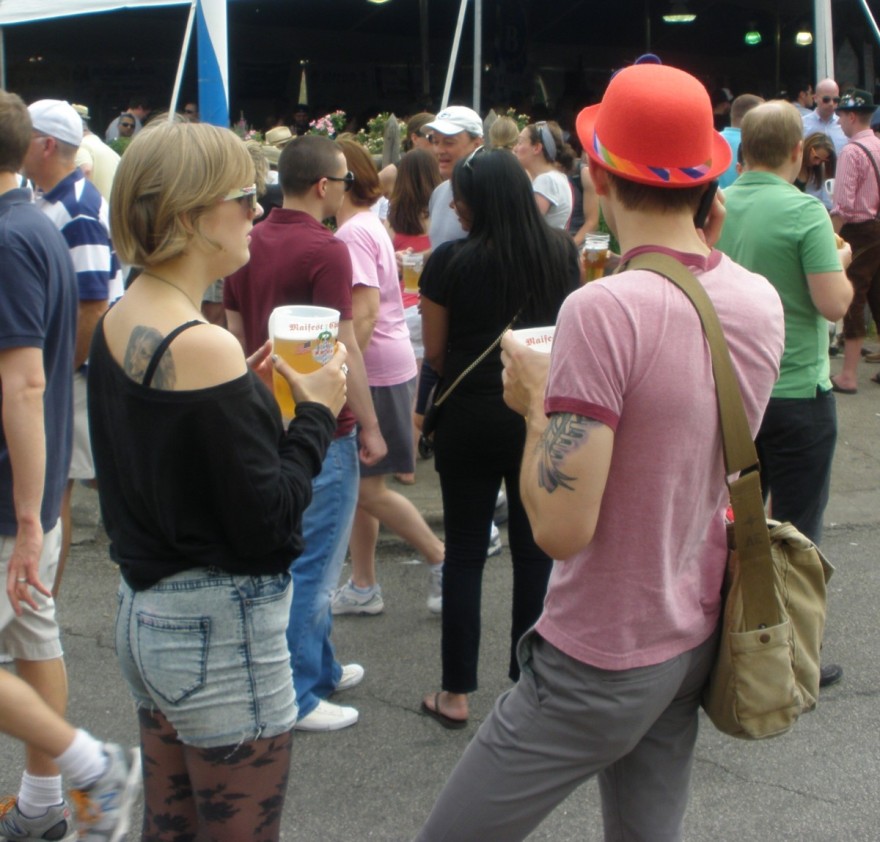 Checking out dude’s red hat. I do like his bag. Debating over her nylons.