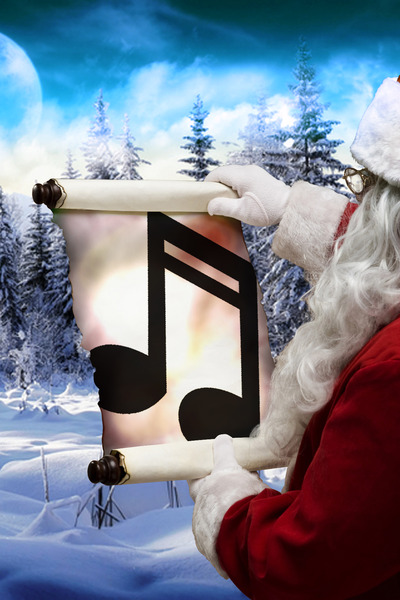 Same old, as far as terrestrial radio. WLIT-FM, 93.9.  “The Holiday Lite” is playing the same 15 songs over and over. The other day one of the robotic woman DJs actually told me through the radio that a caller from Rolling Meadows or somewhere requested Josh Groban’s “O Holy Night.” The DJ actually thanked the caller for the request because she wanted to hear it as well.

You’ve got to be feckin’ me.

If someone did indeed call to request the song she is an idiot. That song is pretty much guaranteed to be on The Holiday Lite every 15 minutes or so. They get big ratings, this station, so they’re having the last laugh. But again it’s really the only terrestrial option in Chicago right now. It’s like if you got rid of every soft drink except Diet Pepper then people would have no choice but to drink that drink and like it. In my opinion, The Holiday Lite burned out a long time ago.

The Northwest Indiana Christmas music station option right now (and it does carry into the southern regions of Chicago) is WZVN-FM, 107.1 FM. However, I believe there was more variety last year and the one before. Still, overall it’s a better choice than The Holiday Lite. Although I did hear one DJ, who, so used to playing the tired “Santa Claus Is Coming to Town” by Bruce Springsteen, said he never heard of Springsteen’s other (and superior) holiday song, “Merry Christmas Baby,” which came out in like, 1987, and has seen a good amount of playback over the years.

And now for a list of Christmas songs that should be banned. Some have been mentioned before but bear repeating

“All I Want For Christmas Is You” – Mariah Carey’s original and pretty much every remake save for the one by Lady Antebellum. And the version in the great Christmas film Love, Actually could stick around as well.

“Grandma Got Run Over By A Reindeer” – Enough already. I want to ass shit all over this record.

“Last Christmas” – especially all the remakes like the one by Glee. I throw up in my mouth the more I hear it. The original Wham! version is OK in small doses.

“Frosty The Snowman” – the piece of shit circus version by the Beach Boys. Circus. No. Good. It’s creepy and not in a good way. On that note, I normally can’t stand any version of “Frosty,” but on Pandora’s indie Christmas radio station I heard a killer version by Zee Avi from the album “This Warm December, A Brushfire Holiday, 2.”

WXRT-FM, 93.1, I assume will be starting its “12 Nights of Christmas” rockin’ holiday songs special. I usually tune into them on those evenings. For now many of those songs can be heard on the station’s Internet channel, accessible from its website.

On a final note, for now, if there is one band that should put out a Christmas album it’s Depeche Mode. And maybe Hooverphonic.