She’s Not Heavy, She’s My Lover

As soon as I saw Hannah on Girls enter the rich, handsome doctor’s brownstone I said, “Oh shit.” I knew what was coming. The wrath of critics who found it unbelievable, unsavory, that Patrick Wilson’s character could be attracted to “the fat girl.” 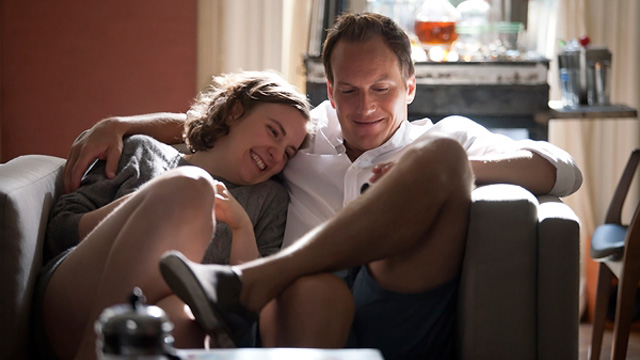 I don’t consider Lena Dunham to be fat, but that’s what the naysayers of the “One Man’s Trash” episode are really thinking. I’m not going to regurgitate the “jump the shark” reviews but the one with the most common sense does, and it’s at Jezebel. I’m just here to say that handsome lads like myself can dig a gal with a little girth. I didn’t for an instant find Hannah’s hook-up with the good doctor unrealistic. Anyone who does – I’m not sure what life they’ve been living or experiences they’ve had. I didn’t even find Hannah’s naked Ping-Pong play a disbelief. I know girls who’ve done more unusual things in the buff.

I think Hannah Horvath is sexy. It’s not to say I’m attracted to her. I find all four girls on Girls to be attractive, but I’m not necessarily attracted to them. I have strange tastes. I do like pretty girls with flaws. I’m not into big boobs or big butts. Even though I might not sleep with Hannah (I wouldn’t pull away if she kissed me), I know plenty of successful gentleman who would. And not only would they sleep with her, they’d date her.

My friend, Chicago recluse author Clive Javanski, would definitely do both with Hannah. He’s told me so. Although his biggest crush is Natasha McElhone of Californication. He’s also fond of Margo Martindale, formerly of Justified and now The Americans. Clive once went on a blind date he arranged through a Chicago Reader matches add. It turns out she was “monstrous.” But that’s because she was really a he – or something like that. They went out to eat for tacos and Clive couldn’t get over her big hands.

And Hannah…I can’t wait to see who you’re gonna bang next.