“That’s part of what we do with our shows, we make you feel like you’re in our living room and we’re all just hanging out after a nice dinner…listening to music and hearing some road stories too.”

It’s fitting The Dodgy’s interview with Caroline Brooks of the Good Lovelies is posted in December. For myself, like the film Love Actually, the Toronto-based, Juno award-winning indie-roots-folk trio has become synonymous to Christmas. They are currently on a Christmas tour across Canada and Washington with the Vinyl Café (kind of like the Canadian version of ‘Prairie Home Companion’). And Brooks, Kerri Ough, and Sue Passmore first played together in Toronto in 2006 at Christmas time where they swapped songs in a folk-festival style – after only a few rehearsals.

I remember very clearly learning “God Rest Ye Merry Gentleman” and Kerry, Sue, and I realizing that our voices fit together so well.  It was probably the song that got the greatest reaction that night. I remember the look on my husband’s face when we played it. He was like, “wow.”

Hence, why they have a Christmas album. Under The Mistletoe (2009), which features covers like “The Chipmunk Song” and several originals including “Maybe This Time,” was released the same year as the band’s first full-length album Good Lovelies.

We’re a pretty young band as far as having a Christmas album. Usually bands wait a lot longer to put out a Christmas album. We wanted to pay homage to the fact that the band started at Christmas time. And those songs really lend themselves to what we do as musicians and singers particularly. Christmas music works really well with the way we sing and stuff.

How did you come up with the name of the band?

There’s no  awesome story I can tell you. We like to joke that the “Bad Nasties” is our alter ego.

We wanted a cohesive feel but didn’t want to call us “Girls with Guitars.”  Sue said we use the word ‘lovely’ a lot in our daily lives, so why don’t we call ourselves the Good Lovelies?  It’s really fun for us to say.  It kind of resonates through the music.

Brooks says the band’s goal is to make each other happy and make their audiences feel light-hearted by the end of the evening.

We try to keep things pretty light. There are a lot of dark moments out there. Part of that means goofing off and making funny videos and just being ourselves which is really important to us. That’s part of what we do with our shows, we make you feel like you’re in our living room and we’re all just hanging out after a nice dinner…listening to music and hearing some road stories too.

In 2012 the band followed its third full-length album, Let the Rain Fall, with Good Lovelies Live at Revolution, which features a mix of new and previously recorded songs.

We decided the live album would be a way for us to put to bed some of the covers we’ve been doing over the last  five to seven years. People are always telling us they’d  love to get a copy of “Heebie Jeebies” or “Hallullejuah.”  And we thought, why don’t we give them what they hear during the show? We decided to record in a live setting and there you have it. It was a fun way to do a record.

Who  are your favorite artists?

I’m really into Anais Mitchell. My heart is pretty folky. I love acoustic folk that’s really well done. I grew up with a lot of Paul Simon in my life and Bruce Cockburn and Joni Mitchell, so I still love a lot of that stuff. Rose Cousins, she’s a really good friend. We all listen to her music. We tend to listen to a lot of our peers now. Part of that is we spend a lot of time on the road and we’ll meet other musicians at folk festivals and swap music. I find a lot of my favorite music that way.

If somebody in the airport asks us what kind of music we play  – we say roots. Because sometimes its pop, sometimes it’s folk, sometimes it’s got a jazzy feel to it. It’s like Canadiana – like a version of Americana music.

The way it works most often is we each write the bulk if not all of a song. Melody, lyrics, chord structure. When a song is close to completion we bring it to each other and we really don’t consider the songs finished until all three of us have had our fingers in the pot. It’s a very collaborative process in the end.

The Good Lovelies will embark on a tour of Australia in March. They’re also writing and doing pre-production for a new original studio album.

That’s the focus this year. And juggling our home lives which are busy. We love our job and we’re so grateful we get to do it. Basically we’re planning a year and a half ahead all the time but also trying to keep some flexibility so that we can take care of ourselves as well. 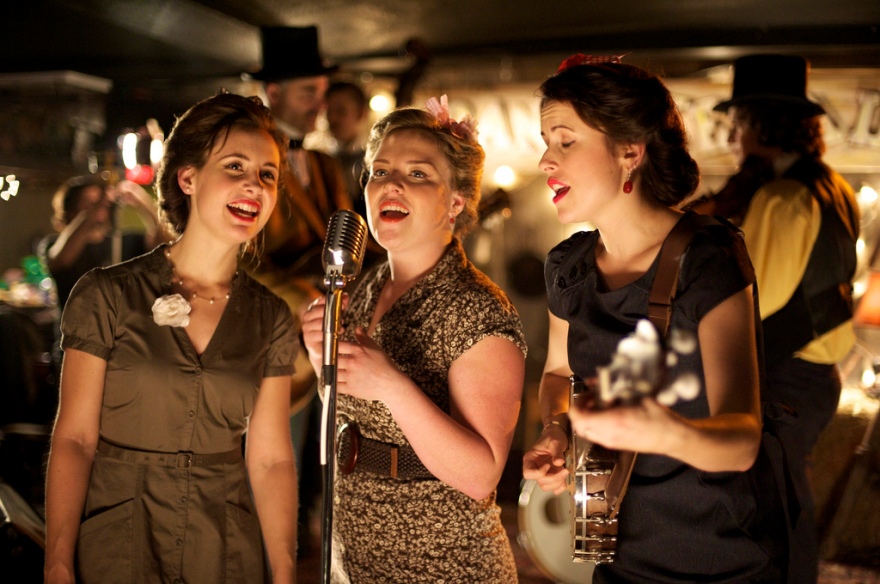 There are some interesting YouTube videos involving the Good Lovelies, including Chinese women line dancing to “Kiss Me in the Kitchen” and a young woman’s time-lapse video of herself cooking dinner to the same tune, as well as a guy driving around in the winter listening to one of the band’s songs on the radio. Then there are fans posting their own versions of Good Lovelies’ songs.

It’s really sweet when we see those because that means people are taking time to listen to the music and it has an effect on them. That makes us feel good. 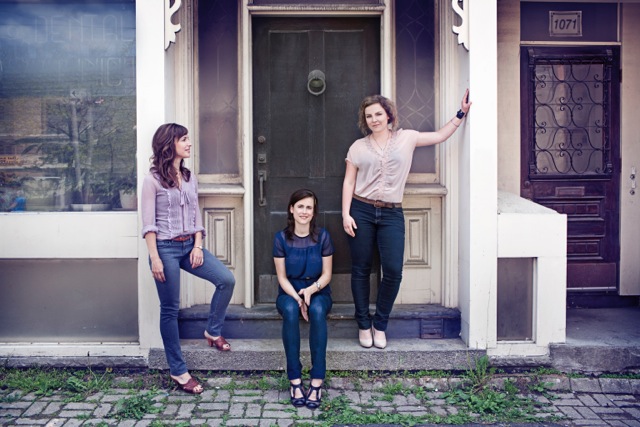