Celtic/Irish rock, beer and bags at the Hobart Lakefront Festival

I’m partial to the music performed during last Sunday’s final of the Hobart Lakefront Festival. A region band, New Element, played their Celtic/Irish rock selections for a whopping four hours (4-8 p.m.) under the bandshell near the wonderful Jaycees beer garden. 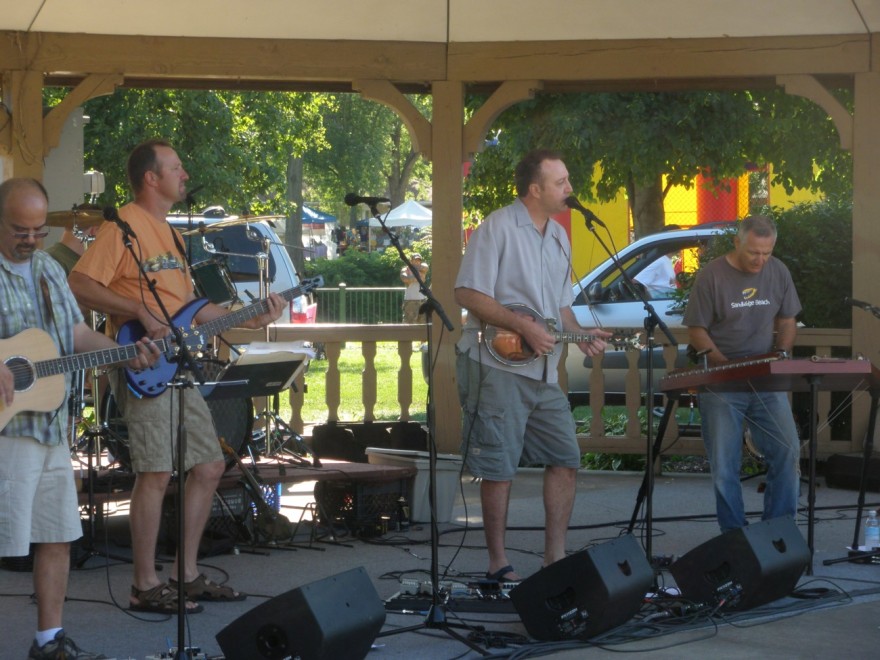 Lots of interesting characters stopped by the lakefront, like this guy.

Nothing like a drinking contest amongst lakefront ladies to make it an entertaining beer garden.

It’s not an NWI beer garden without a relaxed old guy drinking. The younger man was wearing a kilt, though hard to tell in the pic. He’s a local bagpiper.

On another note, we checked out Annunciata Fest on Chicago’s East Side the night before. Close enough to NWI (Whiting) so it sorta counts. Good music Saturday night – The Phil Angotti Band/Beatle Brothers.  Lots of cute latinas drinking pitchers of Bud or Bud Lite (only choices).