Found an Irish running shirt. I run, it’s that breathable wicky shite, so I shall get it. So there. 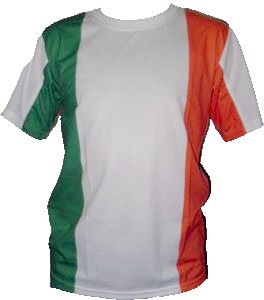 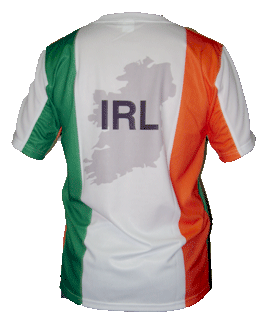 Gals, if you see me running my arse off in this shirt…you know I”m up for a pint or two afterwards.

It’s pretty locked up that the next interview on The Dodgy will be singer/musician Colleen Green. I can’t tell you enough what a bag of good that is. She is one interesting rocker chick. And she writes a comic book to boot! She’s playing Empty Bottle here in Chicago on Sept. 18.

Staying on the subject of indie music, I came across The Lounge Ax “Defense & Relocation” CD.  Back from when the city of Chicago shit on them. Sigh.

A week or so ago EW.com released a list of “Best 50 Movies You Haven’t Seen” or something to that effect. Some good ones were on there: 24 Hour Party People, Last Night, Ghost Dog, Walking and Talking, to name a few.

Next weekend The Dodgy is gonna get back to the fest circuit (missed Pitchfork, by the way). We’ll be looking for Dodginess at the Milwaukee Avenue Arts Festival and the Taste of River North.