How To Fix The Emmys

Or at least make them more interesting.

Winners in every category are automatically disqualified for the following year. So Homeland would not be eligible for best drama next year. What does this do? It would give another deserving show, like Treme, a shot at a well-deserved nomination.  I first thought of this when Mad Men was winning every year. And really, The Daily Show with Jon Stewart – ten consecutive wins? Are you freakin’ kidding me? And we’d get a year of Emmy relief from Modern Family.

William Macy (Shameless) deserved a nomination at least, if not the award over Jon f’ing Cryer.

Eventually we may see Internet shows honored. Have you seen Jerry Seinfield’s Comedians in Cars Getting Coffee? It’s better than most network shows.

The opening bathroom scene with Kimmel and those TV gals was horrendous. Lena Dunham couldn’t even save that shit, even while she was taking one.  A junior high radio and television class could develop a funnier open. And Kimmel’s bit about “Emmy” meaning “Me” reminded me of Letterman’s “Oprah” – “Uma” fiasco on the Oscars (although I loved Letterman as host). 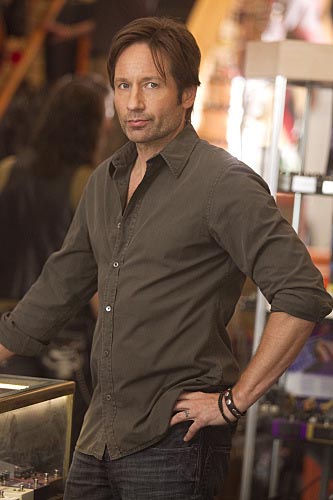