Who Should Be The Next Super Bowl Halftime Performer?

Who should perform during the halftime show at Super Bowl XLVIII? If there is any entertainment. According to the Washington Post, there might not be any halftime show because of cold weather. Super Bowl 48 is being played outdoors at MetLife Stadium in New Jersey on Feb. 2 2014. A snowy field, cheerleaders in sweat pants, a frigid Erin Andrews – all possibilities for the big game. I still believe there will be some sort of halftime show. Here are my guesses as who it could be and who I’d like to see.

Who Could It Be Now?

The musical acts usually have to one that rocks, rumps and stomps the stadium and television audience. Beyonce was a good example of this. Her and Destiny’s Child, or “Halftime Thighs” as I called it. So as talented as one might think he is, don’t expect Bon Iver to show up. Will they go the old white guy/gal/band route like recent years, e.g., The Who, Bruce Springsteen, Tom Petty, Madonna, Prince (old white guy at this point) and to some extent, U2? Personally I would have preferred M.IA. to the act she backed up, Madonna, but you saw what happened. She flipped off the audience, so Super Bowl producers would probably be afraid of what she’s capable of as a headliner. Besides, she’s not mainstream enough. They also like to go safe (Black Eyed Peas) after what happened with Janet Jackson’s boob. So who could it be now?

Justin Bieber – Mainstream, sure. But I think producers would agree with me that his appeal is mostlyl to girls in training bras who don’t watch the game.

Taylor Swift – Nice girl, and tall and leggy. But would she rock, rump, stomp the stadium? I don’t think so. She’s more of a National Anthem performer.

Adele – She’s becoming more hip to people like the Super Bowl producers and will get even more exposure, if she even needs it, when she performs at the Oscars.

Fleetwood Mac – Personally, after Beyonce, I think they will stray from the old white guy (and girl – Stevie) bands. Nice placement of “Tusk” on The Americans, though.

Maroon 5 – Another Safe choice, mainstream up the ass, but more likely if the game was on NBC (it’s on Fox) because of Adam Levine’s show The Voice. A lot of viewers still wouldn’t know who these guys were. Some might think they were Train.

B-52s – Fun party band, pre-Black Eyed Peas, with songs still resonating with youths thanks to countless spins overplays at weddings. They’re most recent album from a few years ago was pretty good actually.

Lady Gaga – A good bet. They may be concerned she’d do something weird on stage but there is that New York connection which producers might go for.

Paul McCartney – He performed once (2005) but would also seem to make sense for a New York/Jersey appearance. I’d say this is a real good bet. Paul Simon would probably join him. Or McCartney could rock with the Nirvana guys, like he has recently.

How about thinking out of the box with this idea. It’s New York, it’s popular, it’s funny, it’s good.

It’s The Lonely Island. Andy Samberg, Akiva Schaffer, Jorma Taccone and any number of guests like those they’ve used on Saturday Night Live. I think this is a genius idea and would be perfect for this Super Bowl. It has a chance to be the greatest halftime show ever.

Although highly unlikely, here are a few of my personal favorites to perform. Although like most other acts, I’d rather see and hear them in a different environment.

But probably my favorite choice, a band that could rock ass in that limited time frame, would be the Dropkick Murphys. Signed, sealed, and in blood. 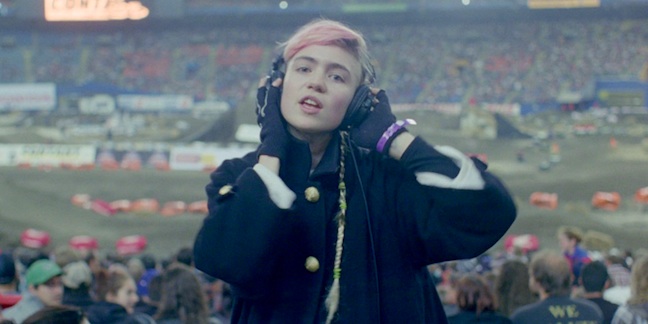