A lot of Halloween parties this year will be attended by guests in Breaking Bad, Duck Dynasty, and zombie costumes.

But you can be different this year. No one may know who the hell you are, but you’ll stand out from the crowd of pirates, superheroes, and vampires. Here are five dodgy costume ideas that you probably won’t see.

Unofficial Chicago Cubs’ mascot who’s loathed and loved equally among Chicagoans. His reach extends beyond Chicago, as he has brought his distinctive cheers (that he punctuates with “Woo!” and annoy many) to places such as the Howard Stern Show. Always in his signature Cubs uniform, Woo Woo was at the funeral of Dennis Farina and partied at Lollapalooza. If you’re not an African-American male you can always go as “White Ronnie Woo Woo.” Pro: potentially lots of pictures with drunk Wrigleyville girls. Con: To be authentic you probably have to smell like urine. 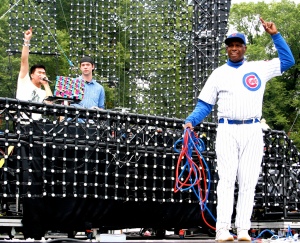 Jason’s first (and best) adult appearance. No hockey mask yet, so Jay went for the Mr. Green Jeans/Elephant Man look. He was more athletic yet could be taken down easier than his future carnations. When people ask who you are and you say “Jason” most of them will say “Whaa?” You’ll be much cooler than all the douchebags dressed as Goalie Jason. It might be hard to breathe in that sack, however. (Note: when the sack came off, this Jason resembled a deformed Charles Manson).

An Alien From The Original “V”

Do you want to know why the remake of “V” sucked? It’s because the “Visitors” didn’t have those cool red uniforms from the original. You might see some at Comic-Cons but even that’s rare. You can find them online, though they might be expensive. Creative? Make your own. And hey, even Freddy Kreuger was an original V. 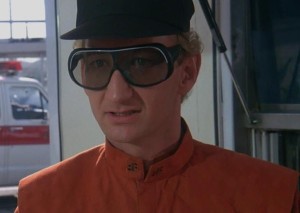 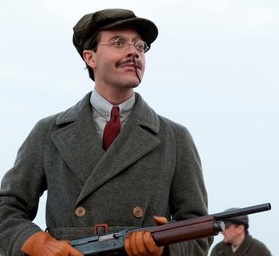 The disfigured World War I vet is arguably the most popular character on the HBO prohibition drama, especially with the ladies. You’re probably not as handsome as Jack Harrow, and you’d have to create that face prosthetic, but I just don’t see many guys thinking of this as a costume choice.

Reporter Carl Kolchak investigated the scary, weird, and unusual and was an inspiration for “The X-Files.” They remade “The Night Stalker” several years ago with some pretty boy and plan a film version with yet another pretty boy, Johnny Depp. Like “V” part of the remake’s failure was the removal of an iconic uniform – in this case the character’s natty blue-and-white suit, straw hat, and obscenely huge tape recorder.

Villains from “Batman” are popular costume choices every year. And with the recent HBO film about his life, you might even see a Liberace getup. Why not combine the two and go as Chandell, the piano-playing villain from the old Batman TV show played by Liberace himself. I read somewhere that his episodes were among the highest rated in the series. You can also add three beautiful gals to go as Doe, Rae, and Mimi – Chandell’s henchwomen. 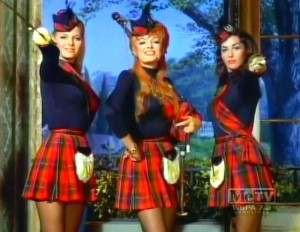 Bill the Butcher from Gangs of New York (“Whoopsie Daisy”)

Ladies, you can cover yourself with colored powder and go as someone who was at India’s Holi festival. To be authentic, place hand prints on your boobs and ass as most Indian men tend to wander there during the celebration.

This is more of a Chicago thing, but you could go as a WXRT DJ and handle the party music. To be authentic, play David Bowie’s “China Girl” several times during the evening.

A grown-up Honey Boo Boo. Well I guess you’d be going as her mom.