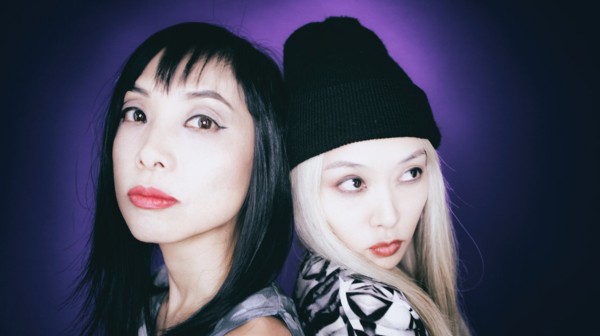 About a year or so ago Aidan and I attended the Cibo Matto concert at Chicago’s Lincoln Hall. On Thursday the girls were back and this time in support of their long-awaited new album Hotel Valentine.

At the last minute I was unable to attend. But Aidan still went and this his review of the overall experience.

Aidan: First of all, you know Cibo Matto has a song on the new record called “Deja Vu.” Well I experienced a bit of Deja Vu as I was walking in the concert when I saw the same cigarette-smoking girl outside the theater as the last time we saw Cibo Matto. Only this time she didn’t ask me what my problem was.

Me: I think Deja Vu is my favorite song on the album, which is great by the way.

Yea, as you like to say, it kicks my ass and yours. Anyway, I arrived at the end of Buffalo Daughter’s opening set. I’m not as familiar with them as Cibo but they’re Tokyo-based and seem to have a big following. I tell you after this evening I’m really jonesing to date a Japanese female musician. They rock.

I had a few before I got there with German Dave so I went easy and had a Green Line and then a Bud Light. Based on the amount of time I was hanging out at the bar a lot of people were ordering Green Line. Some guy named Garth (he introduced himself to the bartender) ordered a Guinness.

There were a lot of feminine-looking men with neat beards and black glasses. I think I could have kicked everyone’s ass in this place. Definitely some attractive gals of various races. The band seems to have a large gay fan base too. Overall it was a cool crowd and I was probably the only asshole there.

They opened the same exact way they did the last time. Miho  and Yuka out on stage alone and then mid-song they’re joined by the drummer and guitarist. “Sugar Water” was the third or fourth song played. They played about six songs off the new album (Check In, Deja Vu, MFN, 10th Floor Ghost Girl (with Buffalo Daughter), Empty Pool, Housekeeping). “Moonchild” was in there and “Sci-Fi Wasabi” as well.

Lincoln Hall used to be 3 Penny Cinema. I remember seeing a midnight showing of Swingers there with Clive Javanski (Chicago Reclusive Author) before it closed in 2006.

Me: Was that the time he pissed in a cup at his seat because he didn’t want to get up and walk to the bathroom?

No that happened at Brew & View (Vic Theatre) and I think the midnight movie was Dazed and Confused.

You know, this Hotel Valentine album is all about a hotel and the song titles reflect it. After the concert I had a few beers at Quenchers and wrote titles of songs that would be our own hotel-themed album.

Guy with a Cigarette

Guy asking me for a Cigarette

Me: It’s gonna happen when we finally get our band, UK Grief, going.