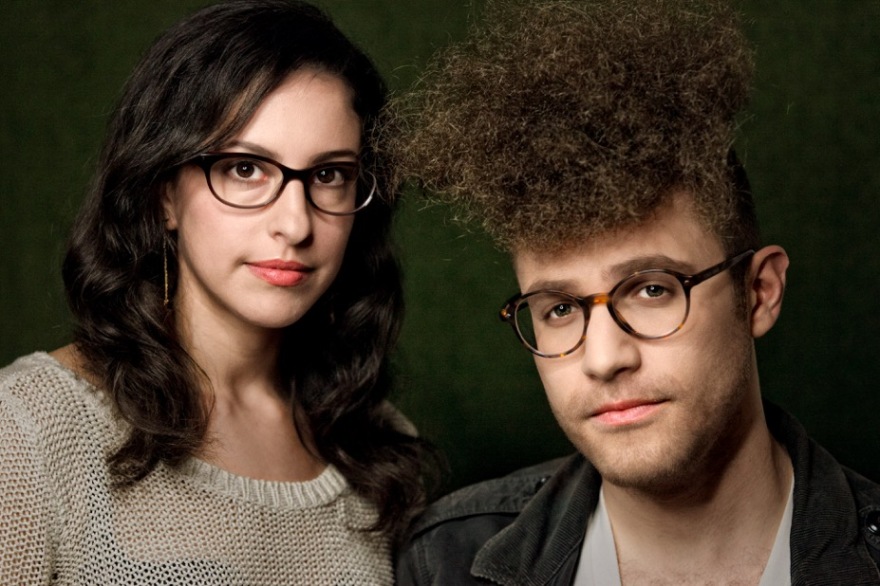 Laura Harrison has been busy. The actress just wrapped up filming 10 half-hour episodes of the new original comedy “Sing It!” for Youtube Red and Mandeville Films.She’s nominated for Oustanding Lead Actress in a Comedy for the Funny or Die series “Crystal’s Balls.” The LaWebFest, the largest web series in the world, will be held at Warner Bros. Studios in April.

She’s on a symphony tour with her hubby Keith Harrison and Jason Alexander – you know, of “Seinfeld” fame. And if that isn’t enough, Laura and Keith’s new band, The Giggle Gems, is releasing their debut EP Emerald this spring.  Their debut single, the catchy “Lucky Squirrels” has been getting rave reviews. And it comes with a kick-ass squirrel puppet music video. The Community on BuzzFeed said it might be the “greatest love story ever told.”

How did you come up with the name of the band?

A few months back, a friend of mine invited us to perform a few songs at a UCB variety show, and asked, “What’s your band name?”  Keith and I have been performing for years, but not necessarily as an official duo.  But the questions got us thinking, and eventually we decided on The Giggle Gems.  It’s kind of an inside joke from our dating years, and it’s been especially fun hearing people assign their own meanings to it.
“Lucky Squirrels” is so catchy. How did you guys come up with that? The line – “If you think we’re nuts you’d be right” – I love that.
Ha, thanks!  Well, about three years ago Keith wrote a song called “Lucky Squirrels,” a completely different song than the one we just released.  We filmed the footage with the squirrel puppets, planning to release it all then, but felt that the song didn’t hold up next to the video.  So, we put it all on the shelf until a few months ago, when we were inspired to revisit it.  That’s when the current version of “Lucky Squirrels” was written, which prompted the re-edit of the footage, and the whole release!  As for the original inspiration, people sometimes tell us that we act like squirrels — especially when we eat — so I think that’s what prompted the idea.  Just silly.
How many songs will be on the EP and what will it be like?
It’s still very much a work-in-progress, but I can tell you that there will most likely be four songs on the EP.  Not everything has the same exact vibe as “Lucky Squirrels,” but we’re having fun playing with ideas of magical realism.  Seeing and hearing the world in a way that’s always there, but isn’t obvious until you take that extra moment to really soak it in.  Not just in the lyrics, but also in the way organic and analog sounds can create a kind of heightened atmosphere.
Do you plan to tour/do gigs? Will there be other musicians or just the two of you?
Definitely!  Starting with an EP release show, we’re planning a short tour this summer.  The live instrumentation will most likely differ per city, and is sure to include some of our favorite local musicians from around the country.  Also, I play a mean egg shaker.
How did you come up with the idea for the video for “Lucky Squirrels” ?
We went through a bunch of ideas, everything from wearing squirrel suits to stop-motion animation, before landing on using puppets for “Lucky Squirrels.”  The two of us were the entire production crew, so we were often puppeteering with one hand while holding the camera or a light reflector with the other.  The water in the pool scene was so freezing cold, we had to keep getting out between takes to regain feeling in our limbs.  It was madness, but so much fun.
How was the thing with Jason Alexander?
We’ve been touring with Jason for almost two years now.  It’s such a blast!  We’ve visited orchestras all over the country, and are talking to you now from Cincinnati, where we’re performing with the Cincinnati Symphony this weekend.  Jason’s a great friend, and a truly inspiring performer.  I don’t know anyone who combines hilarious standup and serious Broadway showstoppers the way he can.  I perform in his Billy Joel and Pippin medleys, and Keith plays piano and sings backup for the whole show.
How did you get the Funny or Die show?
Crystal’s Balls was a spur-of-the-moment idea we came up with when we found these two large, round lightbulbs at our neighborhood hardware store one morning.  We invited a few talented friends over for some improvised wackiness, and ten hours later had shot seven episodes!  Funny Or Die is an awesome platform for that kind of experimentation.  We actually just found out that the series will be featured at this year’s LAWebFest, the largest web series festival in the country, which is being held at Warner Bros. Studios next month.  They even honored me with an “Outstanding Lead Actress” nomination, which is so exciting for me.
What else is going on?
I spent this past winter filming a major role in a brand new series called SING IT, YouTube Red’s first scripted half-hour comedy series.  The show is a parody of reality singing competition shows like American Idol and The Voice, and I play the kooky stage manager, Kali.  I can’t say much more about it, but I can’t wait for everyone to see it later this year!
Keith and I also co-wrote a new show called EMOJILAND, a full-length musical premiering as a concert version at Rockwell Table & Stage in Los Angeles on May 9th.  It tells the epic story of the emoji civilization that exists inside one teenager’s smartphone.  After two years of development, we are so excited to share it with people, and see where it goes!  You can learn more about it at www.emojiland.com.
Been to or plan to visit Chicago in the future? Giggle Gems should perform here!
Oh, we’ll be there, no question.  Tour dates for the summer will be announced at www.thegigglegems.com.
What’s with your man’s crazy hair? I like it!
Yeah, it’s certainly an attention hog… jk.  Jason even teases him about it as part of the show.  Keith’s always had wild hair, but it’s gone through many incarnations.  When I met him in college he had a major Jew-fro, but when we got married it was totally buzzed.  The current thing has been fun so it’ll probably stick around for a while.  I’ll tell him you dig it. 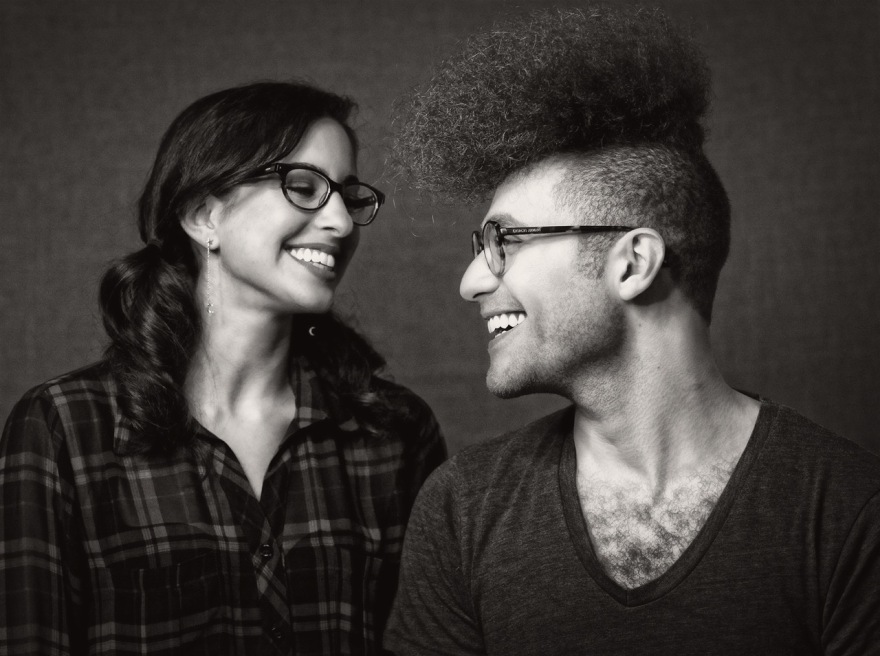