Crown Point parade: bring in the clowns (and the $2 beer) 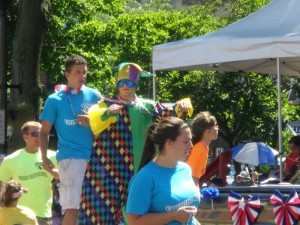 At the parade in Crown Point you can also find beer. Now I was unable to hit all the region parades but in Crown Point you can watch the Shriners and their little cars (and big men) while downing a beer or two or three in the outside dining area at Tequila Si Cantina. Not quite the Go-Cup of New Orleans but close enough. $2 got you a cup of Lite. Parade beer. 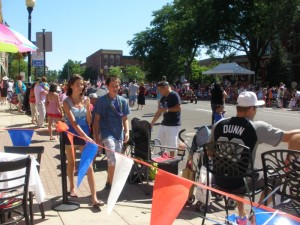 Two new parade rules according to me:

No politicians unless they are willing to dress up as a clown or a character from Wizard of Oz or the old Batman TV show.

If you’re gonna have a car or truck in the parade for a business it must be decorated. Maybe not quite like a French whore house on Christmas Eve but a little more than slapping a magnetic sign on the door with little Timmy or Susie waving from the back seat.