So that time a few weeks ago when I was sitting with recluse author Clive Javanski at Quenchers Saloon, he asked me a question in between our pints.

“Liffey, whatever happened to V?”

Clive was talking about that tv series from about a year ago, about the alien invasion of earth. Or alien visit. Whatever.

I was a little taken aback because Clive doesn’t watch much television, as far as I know. And he’s more of a Wire kind of guy, or so I thought. But Clive is the type who might tune into an episode of MTV’s Real World just because it might give him some kind of inspiration for one of his weird but brilliant essays.

Anyway, I told him from what I know that the show was canceled. It never got as popular as the source it drew from, the original V miniseries (there were two) from the 80s. Hell, I don’t think it lasted much longer  than the shitty original V tv series that followed the minis.

I’m not all familiar with either show, especially the original ’cause it’s ancient. But I watched the first V online and on DVDs and pretty much figured out why the new show wasn’t even close to the old.

It’s all in the fashion. The original had those iconic red uniforms worn by the aliens. I’ve seen people where those at Comic Con thingys and for Halloween, etc. They were very Nazi-like down to the big ass black boots.

Now look at a promo pic from the reboot: Granted not everyone in the pic is an alien but two or three are.

V2 also sucked because you couldn’t distinguish the aliens from the humans. In the original miniseries, even with their fake human skin the lizards still had that funky distinctive resonance to their voices. I saw one seen in the original where the resistance hero, Donovan, stole a red uniform and snuck upon an alien transport ship. It was tense because the entire time he couldn’t say a word lest it expose him.

Couldn’t do that with V2 now, could they?

For the record, the original tv series dumped that voice vibration with no explanation.

The other distinguishing trait the aliens had were those clunky sunglasses they all wore because they’re eyes were super sensitive to the sun or something.

Look at it this way. All those movies that involve Nazis – they wouldn’t have the same villainous effect without the uniforms and the accent.

The original V had that. In fact it was kinda based on the Nazi shite. They even had their own version of the ominous swastika, digitized. 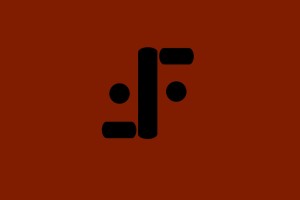 I’m not really into science fiction and this sorta thing (except Lost seasons 1-5 — notice I didn’t mention that bullshit sixth year) but I think what the creators of V2 should have done was follow up the original V. Maybe make it a “next generation” sorta thing.

I could really give a shite. But I’m gonna  explain this to Clive when we hook up for pints later this week. Unless there are girls around us.